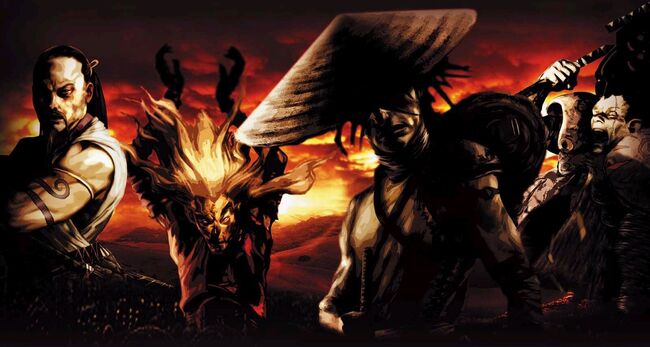 Zen Masters (or Heroes) take on the role of heroes in Battle Realms. Zen Masters are the leaders of the clans, who make certain of each clan's survival. They are summoned at a cost of Yin/Yang, as well as rice and water. A player will also need a keep to summon Zen Masters. Their Battle Gears are unique, and can turn the tide of a battle in an instant. But for the sakes of balance, these heroes can only be purchased near the end of their respective clans' tech trees. These heroes come from a wide variety of backgrounds, and include lords, mercenaries, wizards, demi-gods, and even monsters.

In addition, Monks may be enlisted for the Dragon and Wolf clans, while Ninjas are hired for the Serpent and Lotus clans.

Retrieved from "https://battlerealms.fandom.com/wiki/Zen_Masters?oldid=15429"
Community content is available under CC-BY-SA unless otherwise noted.