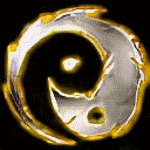 I'm Komi- the current admin lead of this wiki, the headmaster of Battle Realms Jokerz and the principal representative of Official Russian BR Community.

Battle Realms is my passion, I've been playing online starting from late 2010. Since those times I've acquired some good friends and priceless BR knowledge being a loyalist all along.

My eternal goal is to make more people familiar with and interested in the game that is Battle Realms, to share the knowledge with them to the best of my ability.

I run a number of various projects dedicated to the game including the cooperation with what remains of Liquid Entertainment, still hoping they're going to release the Steam version of Battle Realms.

I had figured that wiki is the best place to fill up with all the possible information about BR due to many reasons, so I'm trying to make it right.

Together, with the combined forces of all BR fans and willing contributors we can make this place a memorial for Battle Realms.

Retrieved from "https://battlerealms.fandom.com/wiki/User:Komikoza?oldid=16055"
Community content is available under CC-BY-SA unless otherwise noted.