Start a Wiki
The Town Square is a common structure that all the Clans are able to build, and although they differ greatly in looks from clan to clan, they all serve the same purpose.

Though differing widely in apperance, Town Squares always serve the same function. Regular town meetings help to organize the peasants, improving their ability to effectively harvest and store rice. They are also critical to a community's sense of identity, increasing its storage capacity, prestige, sense of purpose, and consequent accumulation of Yin or Yang energy.

A Town Square increases the maximum storage capaicty of rice and water, and also allows for quicker generation of Yin /Yang points (50% faster for Dragon & Lotus, & 25% for Wolf & Serpent). 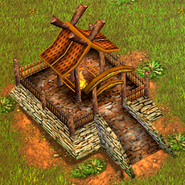 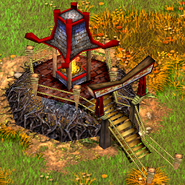 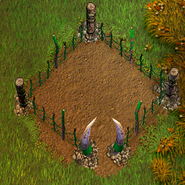 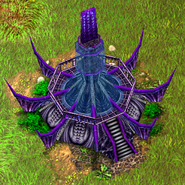 Lotus Town Square
Add a photo to this gallery

Retrieved from "https://battlerealms.fandom.com/wiki/Town_Square?oldid=15875"
Community content is available under CC-BY-SA unless otherwise noted.