The Tavern might be the most important building in a Serpent town. Here, rowdy peasants knock down mugs of ale while boasting over conquests military, romantic, and imaginary. Swordsmen, Bandits, Raiders and ne'er-do-wells of all stripes also call the Tavern home. 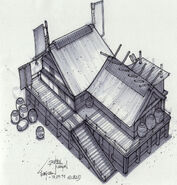 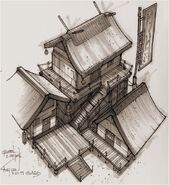 Tavern Concept Art
Add a photo to this gallery
Retrieved from "https://battlerealms.fandom.com/wiki/Tavern?oldid=8146"
Community content is available under CC-BY-SA unless otherwise noted.